Born in the mountains…

Miao Gao Tai is produced by GuiZhou GuoLi Liquor Distillery located in Guizhou, China, within the mountain valleys of Maotai Town. This village in Southern China is home to many distilleries and brands of the famous Chinese white liquor, baijiu.

The town’s distinct geographic features, micronutrient-rich water, and unique climate create the perfect environment to produce the pure, smooth and uniquely savory taste of baijiu, which has been a national treasure of China for thousands of years.

Making baijiu is not only a proud tradition for the people of Maotai Town, but it is also the main livelihood as evidenced by the ever-lingering smell of soy and sorghum in the mountain air.

The natural brewing and distillation process of Miao Gao Tai introduces various microbes during the fermentation process as well as storage. It has been found that the right amount of Miao Gao Tai is beneficial in treating insomnia, headaches, indigestion, colds, and flus. It also serves to cleanse and disinfect the body as well as relieve pains and aches. 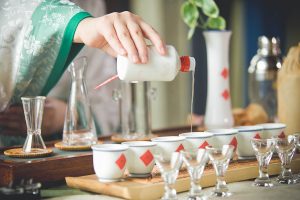 Baijiu produced from Maotai Town has a special place in the hearts of Chinese people and plays a central role in Chinese culture. It is a symbol of friendship and is served during celebrations and other important occasions. 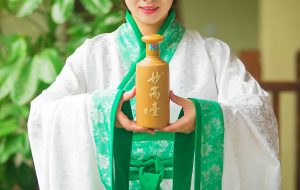 Today, the famous Chinese white liquor is enjoyed all over the world, and is even considered one of the world’s top three distilled liquors, along with French Cognac Brandy and Scotch Whiskey. True to its historical roots as symbols of power and hospitality, today baijiu is served in China in banquets with foreign dignitaries.